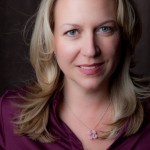 We are thrilled to announce that Cheryl Strayed, judge of the 2013 Wabash Prize for Nonfiction, has chosen “Things To Do In Denver When You’re Dead” by Richard Froude as the winning essay.  Here’s what Strayed had to say about Froude’s essay:

“‘Things To Do In Denver When You’re Dead’ is an intelligent, honest, and insightful essay about what it means to pay witness to the lives and deaths of others. I was moved by the author’s emotional vulnerability and engaged by the subject matter–the experiences the author has had in his work with those who are dying and the meaning he’s made of it (or not). Most of all, I admired the quality of the writing. This is a beautiful, sophisticated, well-crafted essay by a talented writer, with a terrific beginning and ending and a complex middle that’s handled with grace. I’m pleased to chose it as the winner of the Wabash Nonfiction Contest.”

We’d like to congratulate all of the finalists who were chosen from a wide and talented pool of entrants.

Congratulations again to our winner, runner-up, and finalists.  And a big thank you to all who submitted.  The pool was full of moving, lovely pieces, and our editorial staff enjoyed reading every one.

Stay tuned for an excerpt from Richard Froude’s winning essay!

Richard Froude was born in London in 1979, grew up in Bristol, and came to the US in 2002. He has written three books:FABRIC (Horse Less Press, 2011), The Passenger (Skylight Press, 2012) and Tarnished Mirrors: Translations of Charles Baudelaire (Muffled Cry Editions, 2004). His writing has appeared in print and online in publications including Conjunctions,Witness, Diagram, Tarpaulin Sky, Bombay Gin, Birkensnake and many others. Most recently, poems have appeared inOttawater and Dreginald, as well as in the Modern Masters exhibition at the Denver Art Museum. He holds an MFA from Naropa’s Jack Kerouac School and a PhD in English/Creative Writing from the University of Denver as the 2010-11 Evan Frankel Fellow. Along with clinical research into the benefits of narrative, he teaches MFA students in the Naropa Summer Writing Program as well as year-round classes in nonfiction and experimental forms at the Lighthouse Writers Workshop. He lives in Denver, Colorado with his wife Rohini and their son Arjun, and begins medical school in the fall.

Eson Kim holds an MFA from Emerson College, and her stories have appeared in Calyx Journal, Denver Quarterly, The Massachusetts Review, and other journals. After receiving a Writing Fellowship from the New Jersey State Council on the Arts, she went on to earn the David B. Saunders Award for creative nonfiction, a nomination for the Pushcart Prize, and a mention on the Best American Essays’ Notable List. She currently teaches at Grub Street in Boston, and loves every moment of it.