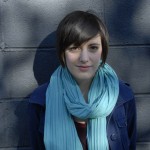 After careful reading, guest judge Aimee Bender has selected Cate Fricke’s story “Fox and Girl: A Bestial Romance” as the winner of Sycamore Review’s 2012 Wabash Fiction Prize. Aimee Bender said of the prize winning story: “First off, this story charmed me completely, gloriously. The author has a beautiful sense of the visual; each time I could picture perfectly the scene described, as if it were an illustration by an artist of a children’s book that is really not at all a children’s book.  But the writing is sly, like a fox, because yes, it’s full of wonder and charm and delight, but underneath there’s real depth here, and a genuine exploration of a relationship and the two struggling characters in it.  Both Fox and Girl, iconic as they are, feel real, dimensional, sympathetic, flawed.  So it’s utterly freshly told, but never sacrifices substance.  What a pleasure to read!”

The second place story was Colin Winette’s “Giant Panda” for which Aimee Bender said, “What I loved about this story was its swift blunt movement– how one paragraph would move to the next without much transition and great bits of info would get revealed along the way.  The quickness allowed for an emotional punch that I found very effective and powerful.”

Both of these stories will appear in the Summer/Fall issue of Sycamore Review, which you can pre-order today by visiting our online store.

Congratulations to the winners and the contest finalists picked by this year’s discerning judge. You can check out Cate and Colin’s fantastic stories in Issue 24.2, due out in July. Thank you to all who submitted to the contest. As in previous years, we received many excellent submissions, and our editorial staff has continued to enjoy seeing the work of so many talented artists. We also hope you’ll consider submitting your work to the 2012 Wabash Prize for Nonfiction which will be judged by Mary Karr (deadline: October 1) and the 2012 Wabash Prize for Poetry judged by Nikky Finney (deadline: November 1).

Cate Fricke, “Fox and Girl: A Bestial Romance”
Cate Fricke received her MFA in Fiction from Ohio State University in 2011. “Fox and Girl: a Bestial Romance” is her first published story. She is also the author of the blog Something to Read for the Train, where she writes about fairy tale adaptations and children’s literature. She lives in Poughkeepsie, NY.

Colin Winnette, “Giant Panda”
Colin Winnette is the author of five books: a novel, Revelation (Mutable Sound 2011), a book of short prose, Animal Collection (Spork Press 2012), two novellas Gainesville and In One Story, The Two Sisters (both forthcoming Atticus Books 2013) and a book of poems, Kate Jury Denton Texas (written in collaboration with Ben Clark).  He was a finalist for the 1913 Press First Book Award, judged by Fanny Howe. He lives in Chicago.